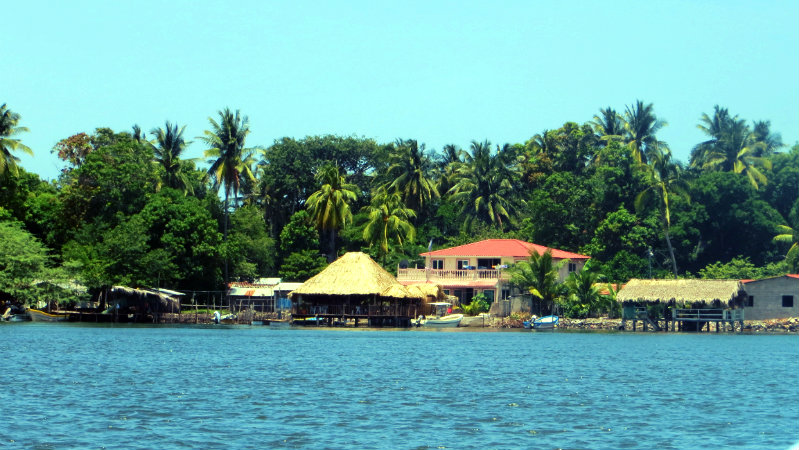 Tasajera Island is located in the municipality of San Luis La Herradura, department of La Paz, 30 meters above sea level. It has an approximate population of 1,845 inhabitants; distributed in 2 villages with an area of 21 square kilometers. Its inhabitants largely rely on marine resources and market their goods in local businesses and off the island. Tourism is on the rise and represents a source of income for the different sectors of the community. Trade within and outside the community also continues to grow. The locals express a remarkable hospitality amongst themselves and with visitors, and its kindness is a trademark feature of the island. In addition, it enjoys a "unique peace" thanks to the efforts of the local churches and police force.

The island is a combination of volcanic sand beaches, mangrove forests, agricultural land and human settlements. Located in an area of significant ecological value, it borders with the Jaltepeque Estuary and the mouth of the Rio Lempa. The island belongs to the Jaltepeque complex, a site within the RAMSAR Convention (international treaty for the protection of wetlands) since 1999. This site supports local economic activities such as fishing, subsistence and industrial aquaculture, livestock, agriculture and tourism.

Tasajera is nationally recognized for being favored by Carey sea turtles (Lepidochelys olivacea) during July to December season. The Zoological Foundation of El Salvador FUNZEL has been part of local efforts to conserve the turtle eggs; representing a contribution to ecological conservation and economic development for the community. Despite its ecological attributes, Tasajera and surrounding areas are at continued risk by increasing deforestation due to expansion of agricultural land, inappropriate fishing techniques, poaching, pollution of water by human waste and fertilizer use.

With regards to human and individual development, Tasajera lacks several basic rights including limited access to health services, drinking water, quality education and access to information, among others. Artisanal fishing is the most common economic activity, with 64.5% of households reporting it as their primary source of income. Although there are a large number of stores and sales in the community, most young people and adults feel that there are no job opportunities and many have chosen the path of migration.

Several local initiatives have been supported by external interventions from religious, educational, and non-governmental organizations. Among the most prominent projects in the community are the sea turtle sanctuary, the floating restaurant "La Islita", a hotbed of tihuacal crab, a women development project Sea Artisans, and the hostel Sol de Tasajera. It is worth mentioning that there is a great passion for sports and the community is regularly hosting soccer tournaments in their main field "Gosen" and also organizing matches at their beautiful beach.

The Social Capital of Tasajera Island is mainly linked to the investment and development of other local capitals. The local organizational capacity, known as self-governance, is defined as the internal capacity of the population to guide their own future. In Tasajera, there is an organization known as ADESCO which is composed of members of other cooperatives and committees with the mandate to manage and implement projects of community benefit. There is some level of organizational deficiency and there is a perceived lack of cooperation between members of the community. In this theme, there is lack of investment in capacity-building, governance and collective participation.

Tasajera Tides is dedicated to serving the citizens of Isla Tasajera.

Navigate the indicators that make up Tasajera Tides and learn about the island.

Meet some of the people behind Tasajera Tides and find contact information.